Together they outlined global challenges, but also had positive messages for the increasing role of renewable energy and water infrastructure in the post-COVID recovery period.

Alison Bartle, Aqua-Media International, reviewed hydro development around the world, drawing attention to the resilience of the hydro industry in progressing with projects under construction, despite the challenges of the current year. Referring to the conversion of HYDRO 2020 to a virtual event, she felt that this event should be regarded as a communication bridge between Porto and Strasbourg, and hoped that the conference would simulate a ‘live’ one as closely as is possible in the present circumstances.

She reported that the registered delegates represented at least 56 nations and more were continuing to join, to watch sessions later in the week.

A total of 12 sessions followed, in four parallel sessions, with civil topics encompassing design, construction and refurbishment, the increasing use of digital systems, challenging site conditions, and materials for dams, with a focus on RCC dams, CFRDs, and applications of geomembranes. Case studies were described in Asia, Africa and Europe. 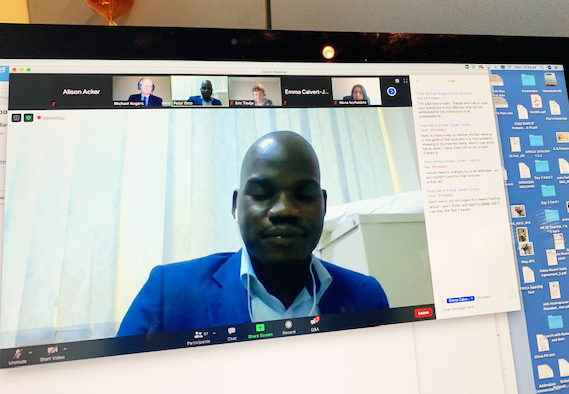 Peter Otto of UEGCL, Uganda, describes the refurbishment scheme for the Kiira and Nalubaale powerplants in his country.

Another track focused on hydro potential and development opportunities, as well as transboundary schemes, with several talks covering Africa and Asia, and input from the Global Lead on Water Resources at the World Bank.

Financial, legal and contractual issues were addressed in three sessions, with speakers presenting on risk management, insurance-related issues and financing tools. The financial sector is well represented at the conference, with experts from the World Bank Group contributing to many sessions, as well as financial consultants, and delegates from the Asian Development Bank. 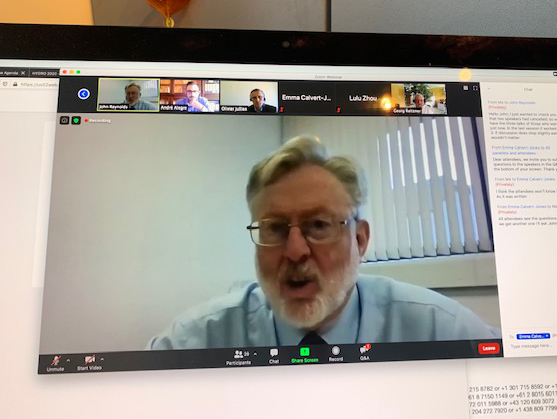 John Reynolds shares his experience of landslide hazards, while chairing a session on challenging sites for hydro plants.

In the virtual coffee breaks, participants had the opportunity to visit exhibitors and set up meetings with colleagues sharing common interests; feedback already suggests that good use has been made of the virtual system. 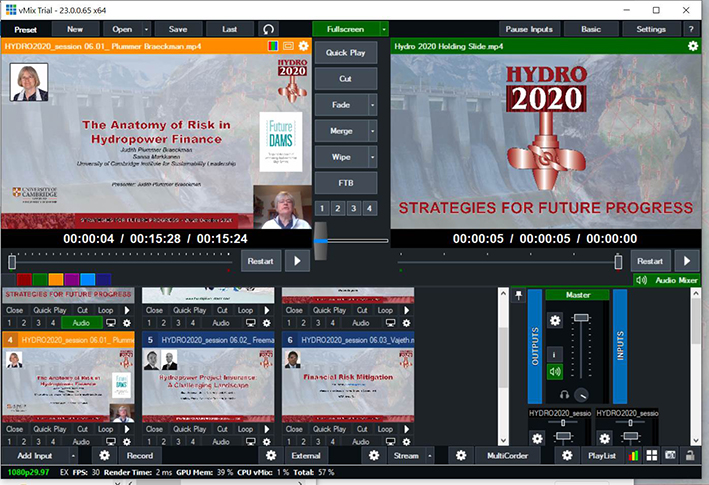 Behind the scenes at the control centre of HYDRO 2020: preparing presentations for four parallel tracks.

Expressions of interest are invited by 19 November for an international consultant on the rehabilitation of five large hydro schemes.

The project is planned to make use of the water resources of the Rivière des Anguilles in order to meet demand up to about 2050 for water supply and irrigation in the southern part of the Indian Ocean island nation.