The AMI Foundation is an independent charitable association, under the auspices of the Charity Commission for England and Wales, governed by a board of international trustees, with administration provided by Aqua~Media International.

The Foundation’s principal function is to facilitate delegates (water and energy professionals, young engineers and students) from the less developed countries to attend the annual international and regional hydropower conferences organized by Aqua-Media, which are acknowledged as the most international gatherings of hydropower experts. The Foundation thus primarily takes the form of a grant-giver.

The Foundation also contributes to the distribution costs of publications of value to the power and water sectors of the less developed countries. Complimentary copies of The International Journal on Hydropower & Dams, and the H&D World Atlas & Industry Guide are sent to readers in the less developed countries of Africa, Asia and Central America. The Foundation partially supports this distribution to African countries in particular.

Other initiatives relating to education and training that would benefit less developed countries are considered by the Trustees of the Foundation for support.

The Foundation recognizes that major hydropower potential exists in the less developed countries, where there is the most pressing need for water and energy schemes. Many large-scale construction programmes are moving ahead throughout Asia, Africa and Latin America. It is essential that representatives of these countries are able to join the international hydropower community, and stay informed about the state of the art in technology, dam and powerplant safety, planning tools, financing models, and environmental and social aspects.

Delegates who, in the opinion of the Trustees, are likely to gain valuable knowledge and experience to take back to their home countries, and who have some influence in their countries’ hydro and water resources development, are considered for sponsorship. 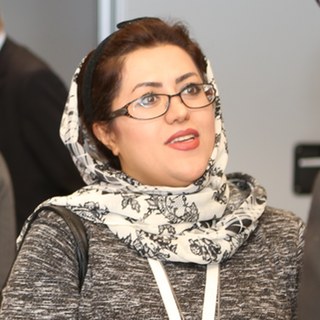 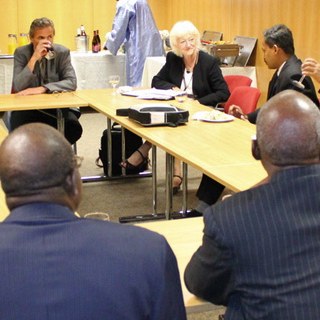 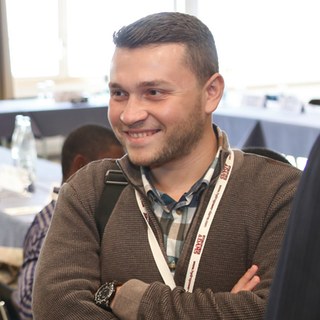 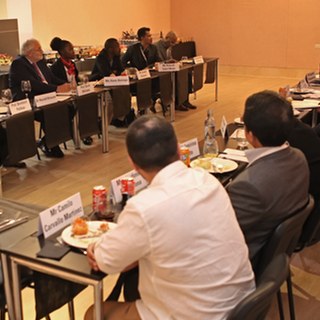 The conferences bring together the world’s leading experts on technical, economic, financial, environmental and social aspects of hydropower development.

By providing delegates, who would not ordinarily have access to such conferences, with the means to attend it, it is envisaged that the following additional public benefits will arise:

Since 2007, more than £275,000 has been donated by Aqua~Media, and additional donations have been made by companies and individuals in the hydropower industry. The funds donated are not restricted, and can be used at the discretion of the Trustees to fulfil the objectives of the Foundation.

Efforts are being made to increase awareness about the Foundation among professionals in the less developed countries. Those who may need financial assistance are being urged to apply in good time.

In parallel with seeking to assist more suitable candidates to apply for sponsorship, efforts will be made to involve more industrial companies as benefactors. Industry donors so far have included: Stucky (Switzerland), Tractebel Engineering (France) and E.ON (Germany), as well as many individual donors who contribute when registering for the annual conferences.

If you are interested in donating to the foundation please contact Alison Bartle at Aqua~Media International: ab@hydropower-dams.com / +44 (0)20 8773 7240

To date, sponsorship has been awarded more than 320 times. The Foundation’s funds have been used to co-sponsor the participation at the events listed below:

These delegates had all registration fees waived, and the Foundation covered the costs of conference attendance, documentation, all meals, hotel accommodation throughout the conference period, and in some instances a contribution was also made to travel expenses.

Meetings during the conferences, and/or post-conference correspondence, have been used to gain valuable feedback from the sponsored delegates on what they found most useful at the events, and what knowledge and experience they gained which could be of specific use to the hydro/water resources development programmes in their home countries.

If you could have a positive impact on your country's hydro/water resources development and would benefit from attending one of our events, but do not have the financial means to do so, you may be eligible for funding.