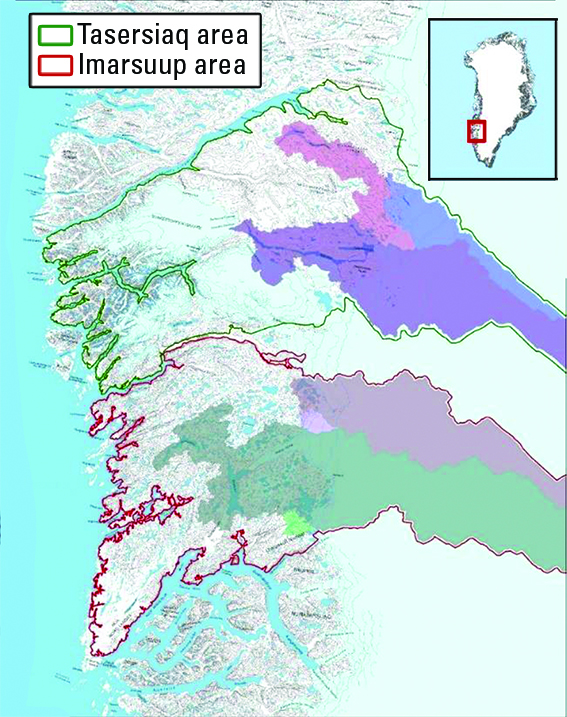 Bidding is set to be launched in 2022 for licences for the exploitation of hydropower re­sources in two areas in southwest Greenland: Tasersiaq and Imarsuup (see map). Investors will be able to bid for sites in one or both areas simultaneously, though during the bid round, no exploitation licences will be granted in the two areas, just the right to undertake exploration studies, according to the Ministry for Agri­culture, Self-Sufficiency, Energy and Environment. The period bet­ween the opening of the bid round and the bidding deadline is expected to be approximately three to four years. This period will give enough time for potential investors to establish and process data on hydrology, geology, topography, transmission lines, environmental impacts, plants, industrial locations, and harbour sites.

“We are currently looking into the possibility of a pre-qualification stage half-way through the bid round in 2024. Pre-qualification will be based on selection criteria such as the bidders’ technical and financial capability,” a senior ministry official told H&D. In the final round of bidding, bidders will compete to win a licence for the exploitation of the hydropower resource. The exploitation licence may be granted on an exclusive basis if the investor commits to developing the entire hydro­power resource for the production of electricity. At present, the Govern­ment of Greenland is preparing documentation for the tender process.

A total of 744 MW of hydropower capacity was identified in the two areas by studies in 2005, though the present potential sustainable capacity is expected to be greater as the result of an increase in accessible water volume stemming from in­creased melting of the icecap. Because of the topography of the land in both areas, the hydropower resources can primarily be exploited as storage projects with reservoirs, and not as run-of-river facilities. The Tasersiaq area, which comprises two catchment areas located 100 km south of Kangerlussuaq, is estimated to offer the potential for the development of approximately 400 MW of capacity (two hydro­plants totalling 300 MW plus 100 MW). The Tasersiaq area’s main water volume is supplied by the 70 km-long Tasersiaq Lake, located at about el. 700 m, and which is connected to the inland icecap at its eastern end.

Hudson Resources of Canada holds metal extraction licences north of the Kangerlussuaq river and west of the site for the 300 MW power station. The Imarsuup-area (also known as Imarsuup Isua), which is located midway between the capital Nuuk and Maniitsoq and about 120 km east of these towns, is estimated to have the potential for three hydro plants with a combined capacity of around 344 MW. The topography within the Imarsuup area varies considerably, and the elevation of the reservoir sites varies from around el. 65 m for Tasersuaq Lake to a lake complex at about el. 690. Several companies hold licences for mineral resources in the area. North American Nickel is exploring the presence of nickel, while Copen­hagen Minerals has licences in areas northeast of Nuuk, including the islands of Qoornup Qeqertarsuaq and Qeqertasrsuaq and the island of Sermitsiaq. Seqi Olivine was ex­tracting olivine from 2005 to 2009 from the Seqi-mine near Maniitsoq, and it is estimated that there is enough olivine in the Seqi mine for up to 100 years of production. During the period around 2010, Alcoa carried out prospecting activities into establishing an aluminium smelter based on hydropower energy in the areas of Tasersiaq and Imarsuup.

Greenland has huge untapped hydro­power resources. The Hydro­power Resources in Greenland study of 2005 identified 16 sites in southwest Greenland for industrial-scale generation with a combined capacity of 1.4 GW and annual output of 1.3 TWh. Owing to climate change, more recent studies such as the ‘Evaluation of the water resource for sixteen hydropower potentials of industrial interest in Greenland’, published in 2021 by the Geological Survey of Denmark and Greenland (GEUS) in partnership with Green­land Survey (Asiaq), estimated that the potential of existing studied locations can be upgraded in some cases by as much 50 per cent compared with 2005 data. Furthermore, as the ice cap retreats, new potential hydropower sites may emerge. This is based on data series up to 2014. For the areas with the highest water resources, the ministry has data for the period up to 2021. Greenland’s geography also allows for the use of natural reservoirs for large-scale hydropower plants in combination with penstock and canals carved into the bedrock. This combination can often reduce construction costs significantly and the lifetime of the investments can run for several decades.

“By developing our hydropower potential, Greenland can contribute to the transition towards zero emission economies, by exporting green energy and advancing the technical development of Power-to-X products based on green and low-cost electricity,” the Ministry has said.

“The Government of Greenland has a strong commitment to counter climate change and participate in the global” it added. In line with this, the Government has started the process of becoming a full signatory party to the Paris Agreement, as announced by the Prime Minister, Múte B. Egede on 2 November at the UN’s COP26 climate summit in Glasgow. Ambitious measures would, Egede said, be presented in a climate action plan. “Naalakkersuisut believes that we in Greenland must do what we can to reduce carbon emissions and to promote a sustainable, green transition. The future belongs to sustainable energy solutions, and we have a lot to gain,” Egede said. From a national perspective, the attraction of investors to the largest hydropower resources is expected to create high skilled, blue-collar jobs and an additional new income stream to the treasury from royalties on the hydro­power resource. The Government will also focus its efforts on training the local work force for these jobs along with identifying other benefits to Green­landic society.

Ruzizi III Energy Ltd has launched the initial selection process for the Engineering, Procurement, and Construction (EPC) contract for the Ruzizi III regional hydropower project on the border between the Demo­cratic Republic of Congo and Rwanda. Requests to participate should be submitted by 12 January 2022, according to a tender notice published on the EU’s procurement website TED on 9 Nov­ember.

The winning consortium, also comprising local firms Generadores Mexicanos (Gen­er­­mex), Sistemas de Energía Inter­nacional and Hydro­project de México, is expected to complete modernization of the facilities by the end of 2026, increasing their installed capacity by a total of 246 MW, CFE announced in mid-Nov­ember.