During routine inspections of the plant’s 13.5 MW turbines, commissioned by Voith Hydro in 2013, the guide bearings, the operator’s first experience with water-lubricated bearings, showed “almost no wear at all”, with a measured diametric bearing clearance of less than 0.30 mm on unit 1. All remaining turbines (units 2 to 6) had very low measured diametric clearances of between 0.30 and 0.50 mm.

When first installed, the SXL turbine guide bearings had an initial design clearance of 0.65 mm, allowing for up to 0.33 mm of water absorption into the bearing material expected during the first months of operation. The fact that the measured clearance values are now lower than the starting clearances, confirms that the water absorption has taken place as predicted, and bearing wear from normal turbine operations is negligible.

Bjørnar Petersen, Mechanical Engineer, Akershus Energy, said: “We are very pleased with the performance of the Thordon technology, our first water-lubricated guide bearings. It’s still early days, but we have noticed there is considerably less maintenance and monitoring to do compared with oil-lubricated systems. Operational costs have also been reduced as we no longer have to purchase lubricating oils.”

When Akershus Energy embarked on a project to update the 1922-built plant, the first to provide electricity to the city of Oslo, water-lubricated bearings were not initially  considered.

“The Thordon technology was presented by Voith and we thought this was a good solution, not least for environmental reasons. We are pleased they recommended the system to us,” Petersen added.

While turbine performance was a key driver in the decision to re-turbine, environmental consideration was also high on the agenda.

“The operator wanted the most environmentally safe turbines possible,” said Tommy Holmgren, Sales Director of Duwel Group, Thordon Bearings’ Norwegian distributor. “The selection of a water-lubricated solution for the lower guide bearing instead of the more traditional oil-lubricated design allowed the bearing to be cooled and lubricated with the same river water that is powering the turbine.”

“The reduced maintenance requirement is largely due to the unique tapered keyset feature of the Thordon bearing, which reduces downtime during bearing inspection or replacement as it facilitates easy removal of the polymer bearing shells without removing the shaft or bearing housing,” said Holmgren.

Greg Auger, Business Development Manager, Clean Power Generation at Thordon Bearings said: “We are delighted that Akershus Energy’s first use of water-lubricated turbine guide bearings has proven a positive experience, commercially, technically and environmentally. The SXL bearings installed at the plant are currently showing extremely low wear rates and will hopefully be able to last even longer than the oil bearing designs in the original configuration.” 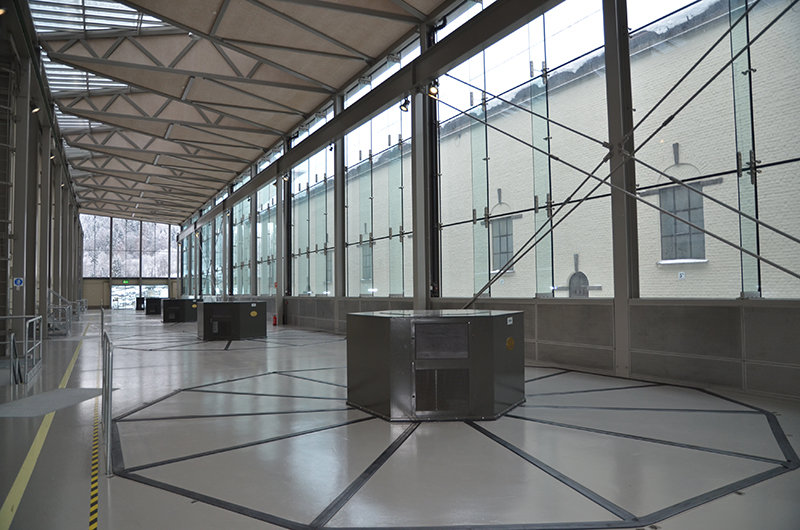 Bjørnar Petersen also acknowledged that the re-powering project of Raanaasfoss 1 had come in under budget by about NOK10 million (USD1.15 million), as a result of “the smoothness of the installation”. The first unit was commissioned in December 2013, with the sixth and final unit following in spring 2016.

Thordon Bearings is now discussing projects to retrofit the turbine guide and guidevane bearings of other hydro plants in the Akershus Energy portfolio.

The BDS is hosting a meeting on safety around reservoirs in London, UK, on Monday 8 July.