R. Gruet, CEO, Ocean Energy Europe, welcomed delegates to Ocean Energy Europe 2018, in Edinburgh, Scotland. He acknowledged that the marine and tidal energy sector had faced many challenges in 2018, but took the opportunity to focus on successes. He noted that many companies in the industry had brought power to the grid and progressed technology and for the first time, ocean energy had been included in the 2050 target for renewables.

Looking forward, he said that the questions being asked of the sector were: “Do we need ocean energy?” and “Will costs be reduced?” He said that the answer was yes to both. He stressed that the electricity sector was undergoing a “renewable revolution”.

The recent IPPC report noted that there was 70 to 85 per cent penetration of renewables worldwide and the Bloomburg Finance Report had identified two tipping points for renewables: when wind and solar become cheaper than new plants for coal and gas; and, when wind and solar become cheaper than existing coal and gas. Gruet told the audience that the first tipping point had already occurred in China, India and the USA. The second tipping point is expected to happen around 2030, and Gruet predicted that change would happen even faster than predicted.

He stressed that ocean energy must be developed today, so that it is ready for large-scale deployment in the future. He thanked Scotland for supporting and hosting the event, as well as all those involved, and announced that OEE 2019 will take place in Dublin, Republic of Ireland. 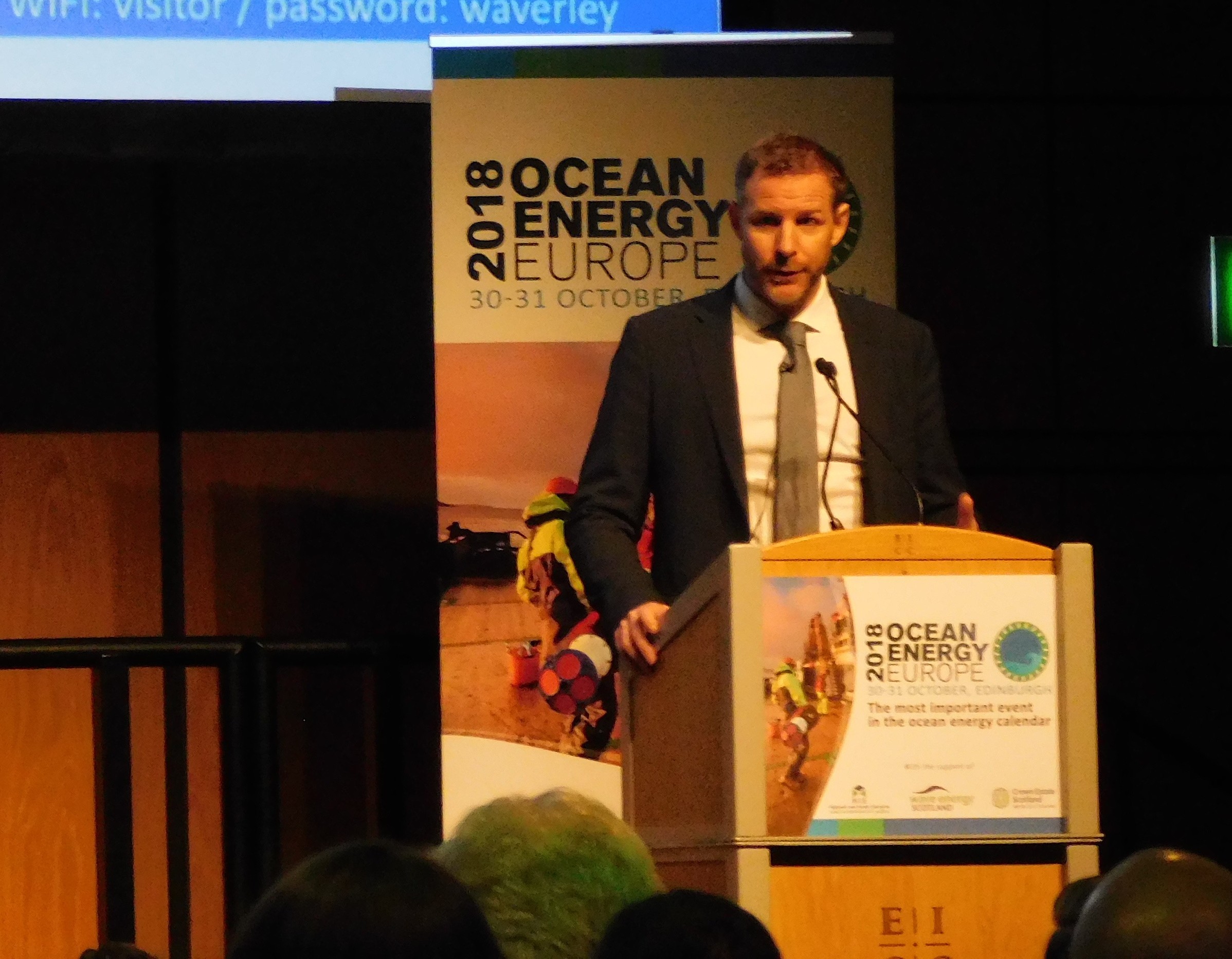 The first session, Flagship projects: Deployments, data and the deep blue sea, was particularly relevant given the need for ocean energy to make the move to large scale deployment. S. Forrest, Nova Innovation, presented a 10-turbine array, which is planned for North Wales, building on a smaller project undertaken in Shetland. The scheme in Wales will also include energy storage. Three years of data have been collected from the Shetland scheme so far and Forrest said that displacing nuclear and coal with tidal power now represented a viable economic option.

A. Scott, Orbital Marine Power, discussed the launch of the 2M tidal turbine, the world’s most powerful. He explained that the cost of the material per MW was inside the cost of existing technology such as offshore wind. For ease of maintenance, the turbine can be recovered and brought to the quayside in a matter of hours. The turbine had generated 1 GWh in 12 weeks and 3 ¼ GWh in the first year of its deployment. Scott noted that at times, the turbine had generated more than 25 per cent of Orkney’s energy demand and had generated more power in 12 months than the entire wave and tidal sector in Scotland in the preceding 12 years. He urged developers and those in the industry to accept that regular maintenance would be necessary, and therefore focus on making that maintenance as easy and as economical as possible. Scott announced that development of the Orbital O2 2MW system was now underway, and is planned for deployment at the European Marine Energy Centre in 2020.

A. Jansson, CorPower Ocean, presented a device that automatically responds to incoming waves to move less or more, depending on the strength of the waves. This allows for optimal power generation and reduced damage to the device.

F. Buckley, Engie, described a sea water air conditioning system for cooling and heating buildings in Marseille throughout the year. Sea water is directly pumped into the systems and has eliminated the need for rooftop cooling systems in the areas it has been implemented.

Karmenu Vella, EU Commissioner for Environment, Maritime Affairs and Fisheries, addressed the conference via a pre-recorded video message. He told delegates that the EU needed to provide a strong and consistent framework for renewables and that it was ready to continue offering support for wave and tidal energy. 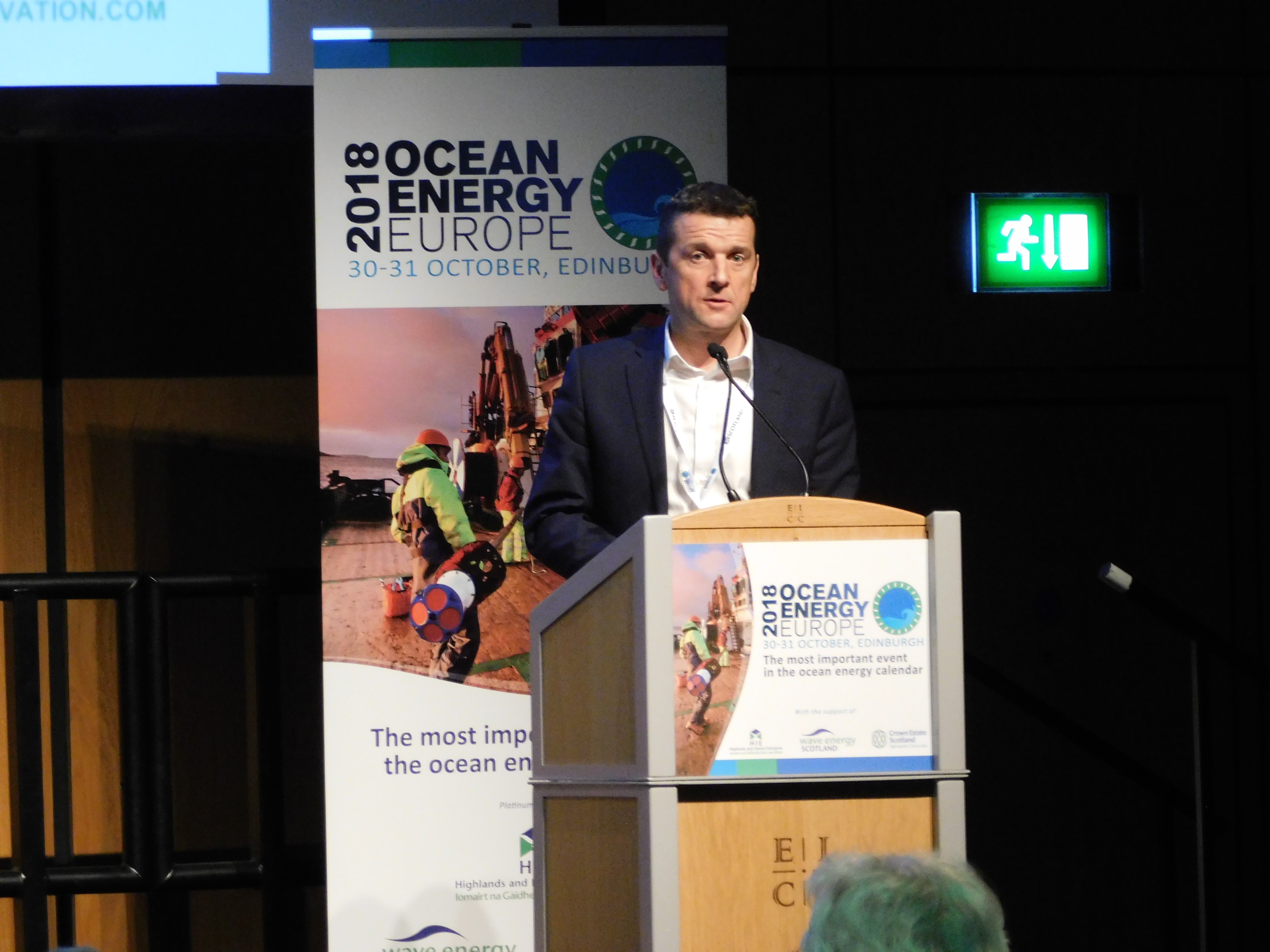 M. Henriksen, Wavepiston, presented a prototype currently being tests in the North Sea at a 1:2 scale. He described the unit’s unique ‘force cancellation’ concept, which reduces the weight per effect to less than 1 to 10.

P. Resen, Resen Waves, described the Wave Star project. Development had taken six years to get to large scale. He highlighted that if technology is scaled too quickly, it doesn’t allow time to work out how to cut costs.

The third session, Industry rollout: The right market signals for industrial development, was chaired by Tim Cornelius, SIMEC Atlantis Energy, in the format of a panel discussion. Many questions were asked about the future of the marine energy sector, and how it can face the numerous challenges presented. The panel discussed how the marine energy sector could move from R&D to full scale commercial rollout and the time it will take for this to happen. Combatting challenges of political instability and backward looking policies represents a particular threat, not just to ocean energy but to established renewables such as traditional hydropower.

It was felt that there is a lack of understanding among investors and policy makers about the complexities and types of tidal and marine technology, and the industry as a whole needs to do more to communicate this. With such significant R&D taking place, it is also inevitable that not every technology will survive.

The Swansea Bay announcement will have an impact on the entire industry, and the panel felt that a contributing factor to the UK Government’s decision to decline the project is that it does not well understand the difference between tidal range and tidal stream projects.

In this context, the discussion also focused on the amount of R&D funded by the UK, which is then lost to other countries that are willing to build on the technology and commercialize it.

The panel discussed increasing Canadian support for less established renewables such as tidal and geothermal, which was seen as a positive sign that the role and potential of ocean energy is being recognized.

Unsurprisingly, Brexit also featured in the discussions. It was felt by the panel generally that Brexit would not necessarily be a barrier to investment, but that it was in no way a positive step, and that much would depend on the terms of the deal, thus leaving the future uncertain. 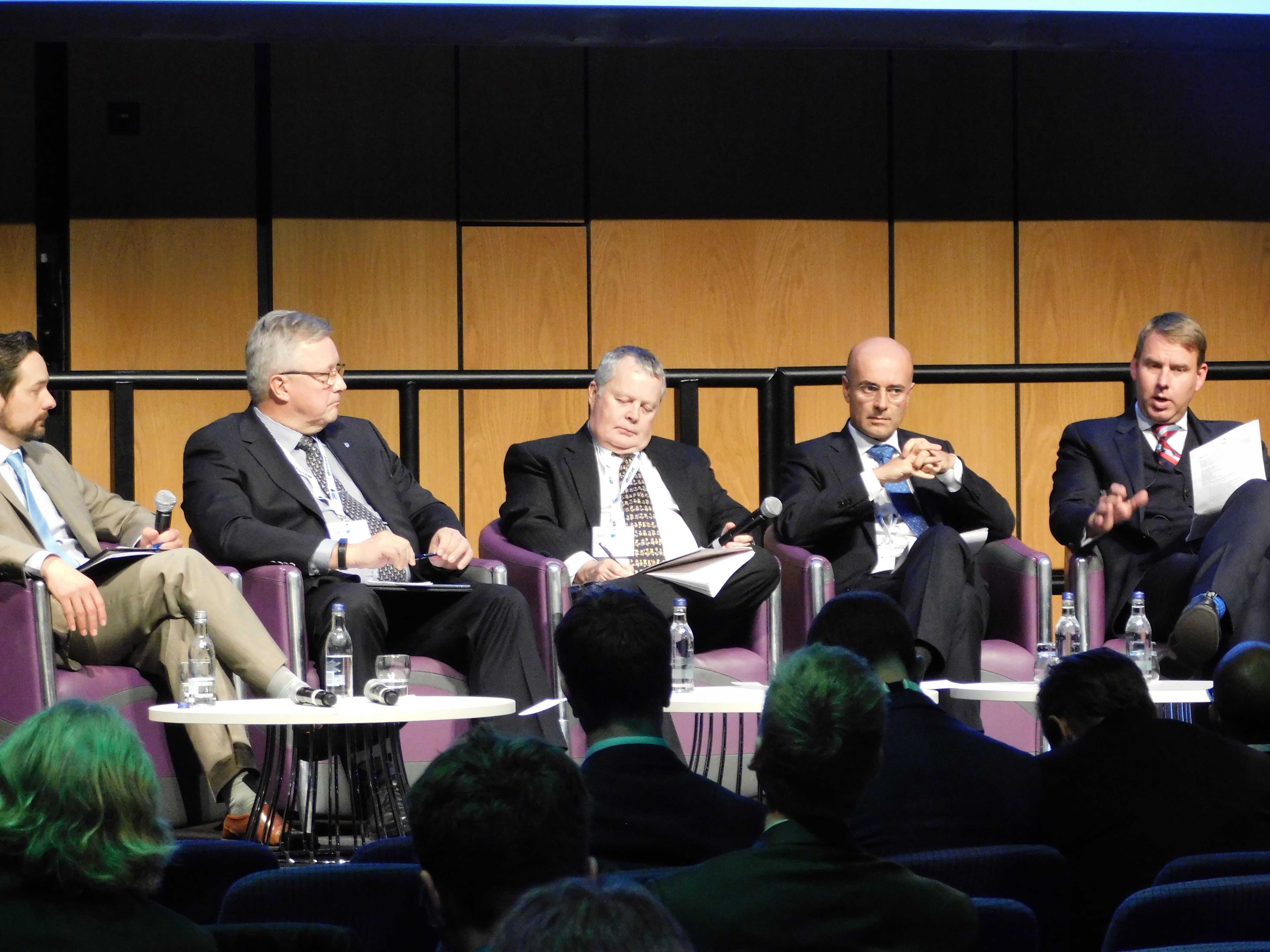 An abridged version of this report was also published in issue 6 of Hydropower & Dams.

Bids are invited by 11 January from EPC contractors for the development of the Lingatunda run-of-river project.

LHWP to launch prequalification for Phase II works in January 2019

The prequalification for the construction of the Phase II main works, the Polihali dam and Polihali transfer tunnel, is commencing in January.