Investigations are beginning into the cause of the failure on 1 May of the 29 m-high Sardoba embankment dam, in the eastern region of Sirdaryo, Uzbek­istan.

The dam, completed in 2017, im­pounded a reservoir with a volume of 922 x 106m3, which principally served for the irrigation of an extensive area of Sirdaryo and Jizzakh. In April, a groundbreaking ceremony had been held for the construction of a 10.7 MW (41 GWh/year) hydro plant at the dam, with funding from Roseximbank of Russia; this was to have been completed by 2022. The project was to be undertaken on behalf of Uzbek­hydro­energo by Energomash­export Corpor­ation, under an EPC contract worth €19.2 million.

The dam breach followed seven days of heavy rainfall and high winds in the Sirdaryo and Jizzakh regions, which had already caused two deaths as a result of mudflows, according to reports from the region.

It was announced on 3 May that approximately 70 000 people had been evacuated from the area, which, initial reports suggest, kept the number of deaths to about 5, with a further 56 hospitalized. Extensive areas of agricultural land were inundated, with the floodwaters extending into Kazakhstan, as shown by NASA satellite images. Kazakh authorities evacuated a further 5400 people. Crop damage has been estimated at around US $400 000.

Uzbek President Shavkat Mirziy­oyev tour­ed the region by helicopter on 1 May, spoke with evacuees to reassure them of full government support, and ordered restoration work to begin immediately in parallel with a study into the cause of the failure. A criminal investigation has also been launched, in case of safety violations during the recent construction of the dam.

At the time of the breach, to minimize the risk of a total collapse of the dam, regional authorities in Sirdaryo ordered controlled releases of water from the reservoir, but this caused overflows at the Maktaaral reservoirs downstream. It was later reported that the breach had been blocked, and floodwaters were being diverted to a lake in nearby Arnasay district.

President Mirziyoyev drew attention to the fact that while a dam breach was terrible at any time, the mass evacuation of thousands of people at the time of a global pandemic clearly made the situation much worse. Before the dam breach, Uzbekistan, while officially still in a state of emergency, had begun to ease lockdown, having limited the number of cases of COVID-19 to 2181 (with 801 cases remaining), and 10 deaths. 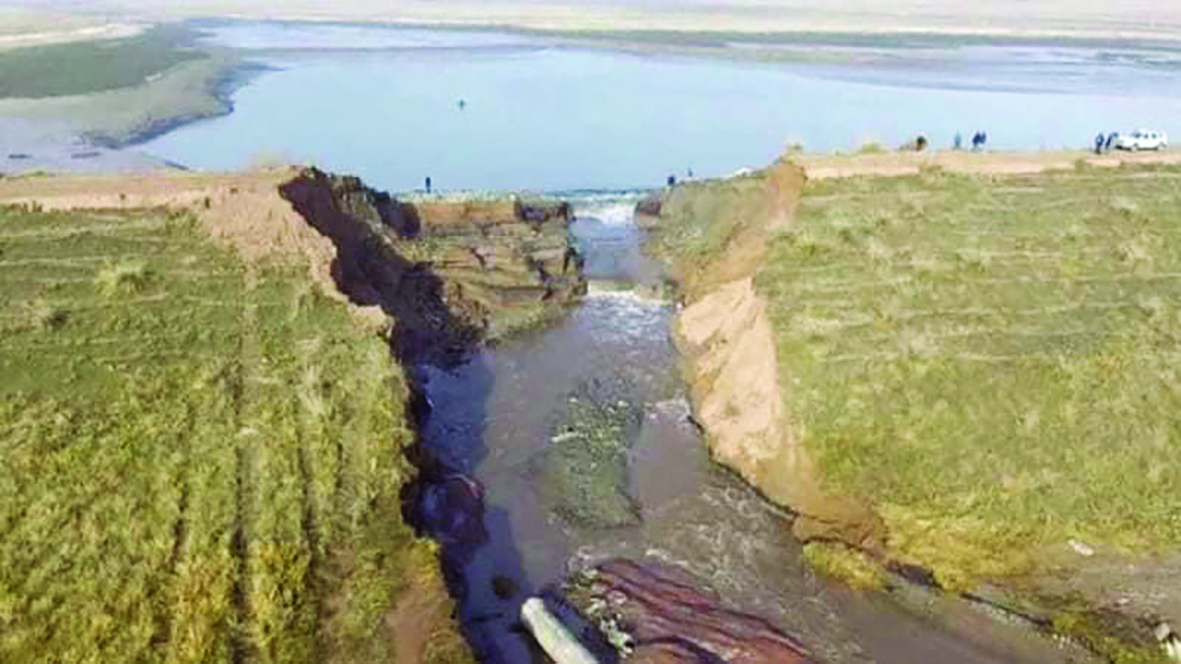 The breach at Sardoba dam occurred on 1 May following heavy rainfall in the region over seven days.

Afghanistan’s National Procurement Authority (NPA), on behalf of the country’s state power utility Da Afghanistan Breshna Sherkat (DABS), has extended bidding to 26 May for the supply, installation, testing and commissioning of electro-mechanical and auxiliary equipment for the overhauling of unit 2 of the Naghlu hydropower plant on the river Kabul.

The 78.5 m-high Neckartal RCC dam was inaugurated on 14 March this year.