The LHDA has been working on restoring this unit since then, but reports that it is still out of operation. As a result, the station is currently operating at two thirds of its rated capacity.

The three generating units began operation 34 years ago. Despite routine maintenance, some of the critical components of these machines are now approaching the end of their service life and substantial funds have been required to replace or refurbish them.

The ‘Muela hydro station remains the largest and most critical source of electricity supply in Lesotho. It generates 51 per cent of the country’s annual electricity requirements, at a very low cost. This saves the country hundreds of millions in costs of sourcing electricity from outside the country.

The LHDA Chief Executive, Tente Tente has said: “It is critical to get the failed unit back in operation as quickly as possible.” He added that the LHDA is exploring all options, including fast-tracking the procurement of a contractor to refurbish the unit, subject to funding availability.

“The issue of restoring Unit 1 to normal operation is top priority, given that continued failure to bring the station into optimal operation has serious implications for the country. Proper maintenance of the station’s equipment in totality is equally important as the consequences of further failures would be dire”.

The Lesotho Highlands Development Authority (LHDA) is implementing and managing the two key engineering components of the Lesotho Highlands Water Project (LHWP), namely the transfer of water to South Africa and power generation in Lesotho on behalf of the government of Lesotho. Social and Environmental programmes are also ongoing. In terms of the LHWP Treaty, Lesotho is responsible for funding of the Hydro Power Component, whilst South Africa is responsible for the Water Transfer Component.

The Lesotho Highlands Water Project (LHWP) is multi-phased, multi-billion Maloti/Rand project between the governments of the Kingdom of Lesotho and the Republic of South Africa. It comprises water transfer and hydropower generation components with associated ancillary developments.  The water transfer component entails the construction of dams and tunnels in Lesotho, enhancing the use of water from the Senqu (Orange) River and its tributaries by storing, regulating, diverting and controlling the flow to effect the delivery of specified quantities of water to South Africa, and utilizing the delivery system to generate hydro-electric power in Lesotho.

The major works of Phase I included the construction of the Katse Dam, the transfer and delivery tunnels, Matsoku Weir, ‘Muela Hydropower Plant and the Mohale Dam. The Phase II water transfer component comprises a dam at Polihali and a gravity tunnel that will connect the reservoir at Polihali with the Katse reservoir. The further feasibility studies for the hydropower component of Phase II have concluded that conventional hydropower is the more feasible option to meet Lesotho’s energy needs. The Government of Lesotho has approved the Oxbow site for Phase II hydropower component.  The procurement of a service provider for the Detailed Design and Supervision of the Hydropower Scheme has started.

Verbund seeks to engage a contractor for the installation of electro-mechanical equipment for the 14.5 MW Stegenwald hydropower plant in Werfen in the western Austrian state of Salzburg. 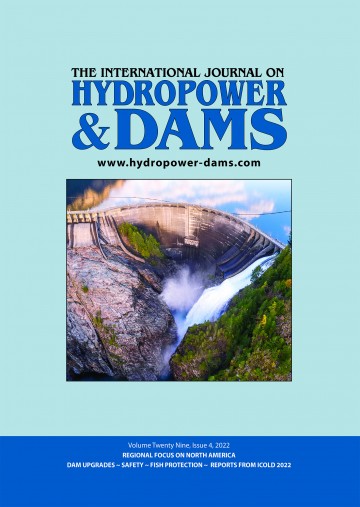